Now you can buy green power in Central America

For the first time, it is now possible to buy electricity from renewable energy sources in Central America documented with I-RECs from the solar power plant, Agua Fria.

Market demand and the need for international renewable instruments led to the development of a new product: the International REC Standard, also known as I-REC. A system for issuing, tracking and redeeming renewable energy certificates in countries where energy-tracking systems do not exist yet.

“To date, electricity generated from fossil fuels has been the only alternative for companies in Central America,” explains Stein Amble Haugan, Corporate Sales in ECOHZ. Honduras is heavily dependent on diesel power for energy generation, but aims to make renewable energy sources predominant in their energy mix.

“For companies that want to reduce their emissions and environmental impact there is now an alternative,” says Haugan. The alternative is renewable energy documented by I-RECs from Scatec Solar’s solar power plant in Honduras: Agua Fria.

The solar plant has an installed capacity of 60 MW and with favorable sun conditions it generates approximately 120 GWh annually. The power plant was built in June 2015, and six months later its certificates are ready to be brought to the market.

Both the Greenhouse Gas Protocol Scope 2 Guidance and the CDP report recommends I-RECs as a market based instrument to track your renewable energy purchase in markets outside the EU and North America. We are able to provide I-REC s from renewable energy sources in Uganda, South Africa, Turkey, China and South East Asia. The multinational company SGS, was the first company to buy I-RECs as part of their commitment to corporate sustainability.

How Agua Fria got I-REC certified

Agua Fria underwent a transparent and diligent, yet efficient and inexpensive, approval process by a third party. Once approved, Agua Fria was registered as a producer in the I-REC registry. Each MWh equals one certificate. “Once a certificate is issued by the producer a company can buy these certificates, cancel certificates and claim renewable energy consumption in that region or country,” explains Haugan. If there is a developed multinational/regional grid, issued certificates may be cancelled on behalf of customers that have consumption in that region our country.

“Our job will now be to promote and inform our clients about the possibilities of renewable energy purchase in Central America. They can purchase certificates and claim zero emissions from their electricity consumption in that region,” says Haugan. The possibility of issuing I-RECs from the solar power plant Agua Fria brings everyone closer to the Sustainable Development Goal 7.2 of bringing more renewable energy to the market.

If you want to discuss I-REC with Stein Amble Haugan, Corporate Sales in ECOHZ, do not hesitate to contact him. 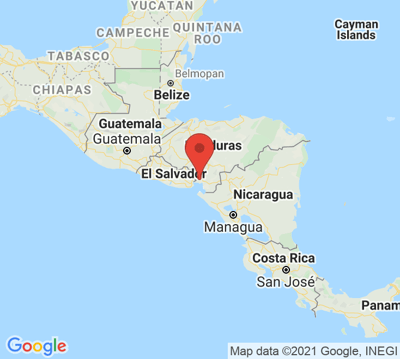 The power plant was built in June 2015, and six months later its certificates are ready to be brought to the market.