The Norwegian government's decision to tax achieved income from Guarantees of Origin (GOs) is unlikely to alter market dynamics and signals the country will remain in the certificate system.

In September 2022, the Norwegian government announced a new taxation scheme for energy production in Norway. Among the changes was the inclusion of the income from Guarantees of Origin (GOs) to the base for the ground rent calculation. But until recently, there was uncertainty as to how the income from GOs would be calculated and taxed.

How will the Norwegian government tax Guarantees of Origin?

In an interview with Montel on 20 December 2022, Senior Advisor of the Ministry of Finance Cecilie Skjennald confirmed that ground rent taxation will be levied on the achieved income from GOs.

Ecohz believes this is a logical and manageable approach to ground rent for GOs. Taxation based on any reference price would give unfair results and be complex to abide by. Moreover, this taxation model will not bring about critical change to power producers’ business model or significantly alter the dynamics of the market.

Will Norway stay in the Guarantees of Origin scheme?

In another Montel article from 12 December, Johnny Horsdal, a power trader in SKS, stated that by including income from GO sales in the tax base for the ground rent taxation, the government is significantly reducing the risk of Norway leaving the GO scheme.

Since the current Norwegian government took office in 2021, it has been somewhat unclear whether Norway would leave the GO system. Ecohz agrees with Mr Horsdal that this change to the taxation rules can be interpreted as a confirmation of continued Norwegian participation in the GO scheme.

Norway currently supplies around 20% of all GOs in the market. We believe the country will continue to provide a substantial share of the certificates and further contribute to the competitiveness of renewable energy. 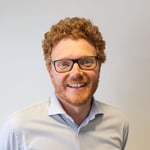