During the first half of June, the ECOHZ team travelled North to Svalbard (Spitsbergen). We spent four fascinating and educational days in this Norwegian Arctic archipelago. Longyearbyen, Svalbards only real town, is situated at 78o North, and is the home of 2000 inhabitants. A large majority is Norwegian, but surprisingly a big part is international. All governed by Norwegian law.

Svalbard itself is impressive – and leaves lasting impressions. Nature is massive – while still giving a sense of vulnerability. The white and clean natural backdrop is in stark contrast to the modern town of Longyearbyen, and its highly visible coal mining – still existing on the island. Longyearbyen’s power is also produced from coal, and is Norway’s only coal power plant. The mining of coal is now of less economic importance, and more of political oddity. This presence of coal – in this climate-sensitive place – is a paradox of dimensions, and is a strong reminder to GET OFF FOSSILS.

Svalbard is a center for much international attention as it is one of the few places in the Arctic with fairly easy access – and where climate change can be experienced first-hand. We therefore challenged the University Centre in Svalbard (UNIS) to give us a first-hand account of what they see happening. Around a fire in an old trapper’s lodge, encircled by a dog yard full of Huskies, we found the perfect setting for a somber talk about how greenhouse emissions are changing the Arctic – and doing it fast. Temperatures are rising, glaciers are melting and retreating, and for the first time ever winter ocean-ice is disappearing. All this is putting pressure on the vulnerable animal and bird life. Scary, but very real. 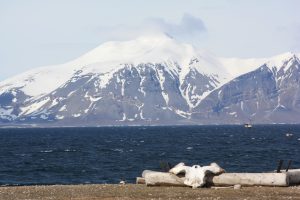 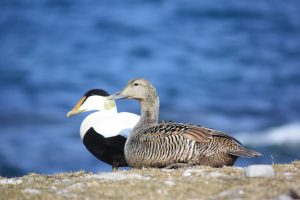 During our stay, we experienced contrasts close up. We travelled by boats to Isfjord Radio, and were awed by mountains, glaciers, lazy seals, grazing reindeer and teeming birdlife. We also visited Barentsburg on the way back – a last remaining Russian coal mining settlement – still home to 500 inhabitants.

We also took time for a guided trip into the now closed Mine 3, located just outside Longyearbyen. Although coal mining no longer dominates this isolated society, as it used to in the past, it still fascinates and challenges preconceptions. On one side, this “proud” history of coal mining in one of the harshest environments on the globe demands respect and awe. Both the industrial ingenuity and the personal sacrifices are difficult to comprehend fully. On the other side, given our current knowledge and scientific evidence of the warming effect of greenhouse emissions from coal and other fossils, it seems even more incomprehensible that the Norwegian government continues to support the mining.

The week after ECOHZ visited Svalbard, United States Secretary of State John Kerry also travelled to Svalbard – to see climate change close up. Kerry calls the Arctic a thermostat where the effects global warming will have on the planet are already visible. A year ago United Nations Secretary-General Ban Ki-moon made a similar trip.

With its permafrost still intact, Svalbard is the perfect site for the Global Seed Vault. The vault was established to preserve a wide variety of plant seeds that are duplicate samples, or “spare” copies, of seeds held in gene banks worldwide. The seed vault is an attempt to insure against the loss of seeds in other gene-banks during large-scale regional or global crises.

This week Italian pianist and composer, Ludovico Einaudi, performed one of his own compositions, Elegy for the Arctic, on a floating platform in the Arctic Ocean, against the backdrop of the Wahlenbergbreen glacier

Through his music Einaud has added his voice to those of eight million people from across the world demanding protection for the Arctic. Speaking onboard the Arctic Sunrise, Einaudi said:

“Being here has been a great experience. I could see the purity and fragility of this area with my own eyes and interpret a song I wrote to be played upon the best stage in the world. It is important that we understand the importance of the Arctic, stop the process of destruction and protect it.” 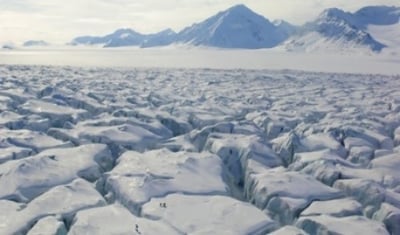 Svalbard’s glaciers have retreated from their maximum positions in the 1920s. Some glaciers that used to calve in the sea now end far inland. Since 2001, the glaciers’ net mass balance has shown a general negative trend: they melt more in the summer than they “fatten up” on snow and ice in the winter, and the trend has accelerated, especially in western Svalbard.