On December 11th 2019, the EU launched the European Green Deal (EGD), an ambitious growth strategy that aims to make Europe the first climate-neutral continent in the world by 2050. The EGD spans across all sectors, and to reach the climate neutrality target, all 27 member states of the EU have pledged to reduce their 2030 emissions by 55% compared to their 1990 levels.

The 2050 and the 2030 goals were written into legislation within in the EU’s first-ever Climate Law, which came into force in June 2021. The target of the legislation is to ensure that all EU policies are aligned and contribute to the targets, and that all sectors of the economy are included. The EGD also consists of a revision of existing climate and energy measures, and new offshore, hydrogen and system integration strategies, among others. The target is to contribute to a sustainable transition and lead to net-zero emissions in the EU by 2050.

In my master’s project, I aimed to give an insight into the structure of the EGD and its implications for the European and the Norwegian energy markets, focusing on Norway’s position in the future energy supply in the EU. This was done by conducting an energy system analysis of the Norwegian and parts of the European energy markets in 2030 and 2050, investigating three different scenarios with different levels of demand. One scenario was a “business as usual” approach (continuation of current policy), another was a high demand scenario (technology focus) and there was also a scenario with lower demand (consumption reduction focus). The basis for the modelling is that the model assumes that the net-zero emissions target will be reached by 2050. Hence, the results show the potential composition of the Norwegian and the European energy markets if the net zero emissions target is reached.

What are the potential implications for the EU’s energy market?

Furthermore, the results show that the installed production capacity in the modelled countries will triple within 2050. The composition of the electricity markets in Norway and Europe will have a production mix mainly consisting of variable renewable energy, more specifically solar PV and land-based wind power. The capacity of thermal production units (based on fossils) has a significant decrease from 2020 to 2050, from production of 1500 TWh to 100 TWh, with the remaining thermal production in 2050 being natural gas and coal. In Norway, most of the increase in production towards 2050 also consists of land-based wind power and solar PV. The sectors that will go through the highest level of direct and indirect electrification are the transport sector and high-power demanding industries. 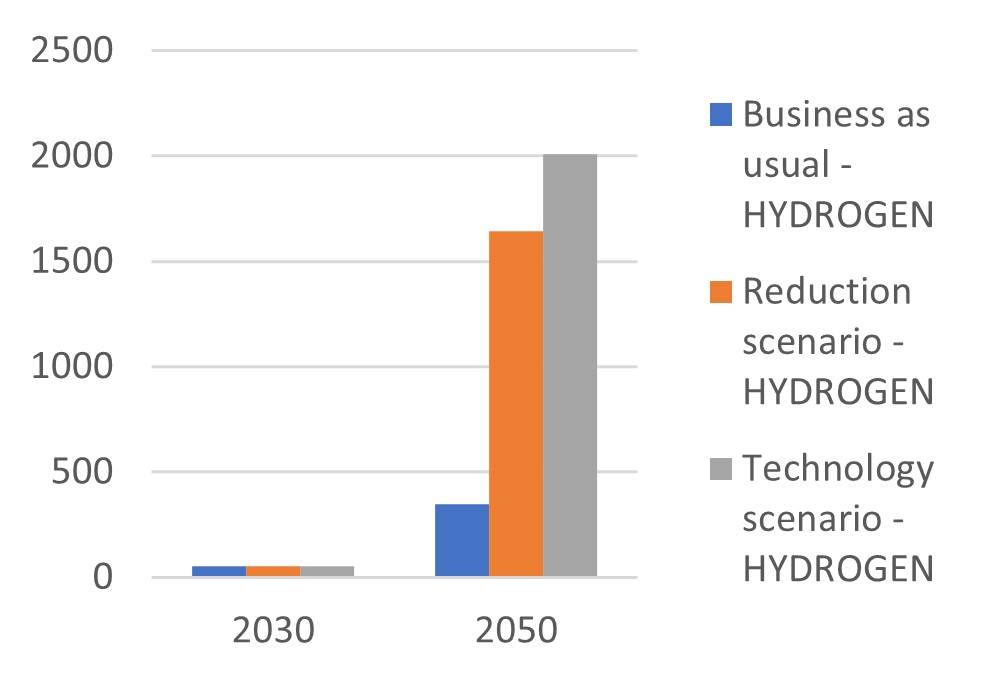 Demand for electricity for hydrogen production in TWh

What can the European Green Deal mean for Norway’s energy supply to the EU?

When looking at the results from the modelling for Norway, it is quite clear that Norway will play a bigger role in the power supply to Europe in 2050 than it does today. The demand for electricity is increasing in every demand scenario, but the production of variable renewable power, mainly wind, is increasing even more. The net export from Norway is the highest in the consumption reduction scenario, showing that Norway will play an important role in the supply of electricity to its interconnected countries. In the technology-driven scenario, the production and consumption of variable renewable power is higher, and so is the demand for electricity to hydrogen production. This demand surpasses the country’s own demand and indicates an export of green hydrogen and e-fuels. In this scenario, Norway plays a role as a supplier of green hydrogen and e-fuels to Europe in 2050. It is clear that the EGD, if the net-zero target is achieved, will have a big impact on the European energy market, and that it will give opportunities for Norway to further position itself as an important energy supplier to the European continent. 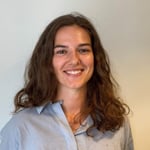