Biogas explained: what you need to know about green gas in the EU

The biogas market in the EU is evolving fast. Over the coming weeks, producers and consumers expect a series of regulatory developments that will shape the industry. Simultaneously, the current political climate and looming energy shortages are steering policy changes that will impact the renewable gas sector.

Editor's note – Update: The next draft of the GHG Protocol Land Use Guidance is expected to be shared in early September with a review group that ECOHZ is a part of. A two month review period will then begin.

In September, 2022, The Greenhouse Gas Protocol (GHG-P) is expected release a draft corporate framework on the use of biogas certificates to report emission reductions. Meanwhile, the EU Taxonomy and a forthcoming revision of the Renewable Energy Directive (soon to be called RED III) add important considerations to how member states can produce and employ bioenergy.

At the same time, the EU is aiming to boost biofuel capacity to reduce dependency on Russian gas. Currently, bioenergy represents almost 60% of renewables in the EU. Amid such an intricate landscape, biogas can play a key role in companies’ decarbonisation strategies. This article explains the basics of the renewable fuel: what it is, how green gas certificates work, and what to consider when taking the leap.

What is biogas and why is it renewable?

Biogas, also known as green gas, is a combination of methane, CO2, and other gaseous substances that result from the controlled decomposition of organic materials. Through a process called anaerobic digestion, this biomass becomes fuel.

There are three main ways of producing biogas: 1) generating it in purpose-made biodigesters, 2) capturing it from landfills, and 3) recovering it from water treatment plants. Once collected, the gas is ‘upgraded,’ meaning that CO2 contained in the mix is removed to obtain biomethane, a compound almost identical to the natural fossil gas that runs through national grids.

But why is it renewable? Biogas raw material, also known as feedstock, is classified into crops and waste. Crops are plants specifically grown to make biofuels. Meanwhile, the waste category comprises a range of organic residues, from manure to forestry by-products.

Renewability means that emissions from burning biogas were previously captured by the organic matter used to fabricate it. Plants grow and sequester carbon. Then the plants are transformed into fuel and burned, releasing carbon into the atmosphere. CO2 is then re-captured by growing more plants. Further, producing biogas from waste adds an element of circularity by transforming it into a resource.

Guarantees of Origin: How do biogas certificates work?

Guarantees of Origin (GOs) are documents that represent one MWh of biomethane injected into the grid.

Once any volume of gas is in the pipeline, it is impossible to separate it from fossil gas. GOs offer a reliable way of establishing the ownership of said volume. Consumers then use certificates to make renewable energy claims. Further, GOs are redeemed in their respective registry to ensure that the gas is claimed only once and avoid double counting.

The market for biogas GOs is still under development. The Renewable Energy Directive (RED II), EU legislation that regulates renewable energy certificates, governs green gas GOs too. To date, only a few countries have issuing systems for biogas.

The UK, Denmark, Germany, the Netherlands, and Austria currently issue certificates tradeable across borders. Other countries also have national mechanisms in place. Moreover, there is limited communication between the systems, meaning that buying and selling certificates is often not as smooth as other types of GOs.

Despite the current limitations of the market, biogas GOs are effective for making renewable energy claims and cutting greenhouse gas emissions. At the same time, other questions about sustainability can influence how companies employ green gas in their environmental strategies. 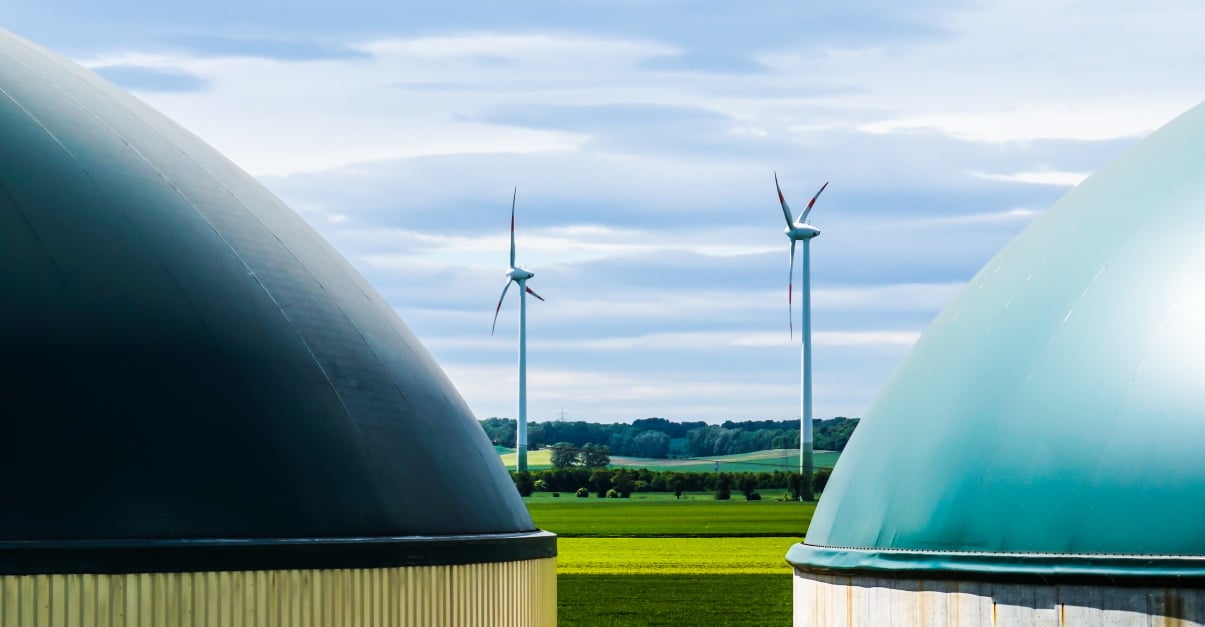 Renewability and sustainability are not the same. As mentioned above, the renewability of green gas rests on the fact that no carbon is added to the atmosphere. It is captured, released, and recaptured. Sustainability, however, is a broader term that considers parallel impacts.

Take food, for instance. Crops for biogas are sometimes produced on farmland otherwise employed for growing food. This can disrupt food supplies by reducing the available space for grains and other produce, thus impacting the price and accessibility of agricultural commodities.

With the war in Ukraine already exerting pressure on food systems, the possible effects of biogas crops are worth revising. According to the World Resources Institute (WRI), a 50 percent reduction in the grain used for biofuels – including ethanol – in Europe and the US would compensate for all the lost Ukrainian exports of wheat, corn, rye, and barley.

Another concern is that of indirect land use change (ILUC). This occurs when forests, peatlands, and other ecosystems are cleared to produce biogas feedstocks, releasing stored carbon into the atmosphere and potentially resulting in more greenhouse gas emissions than savings.

Both issues bring us back to the distinction between crops and waste. While crops are grown exclusively for fuel production, using waste means that otherwise discarded biomass is transformed into a resource, effectively avoiding emissions from natural decomposition, and substituting polluting fossil gas. 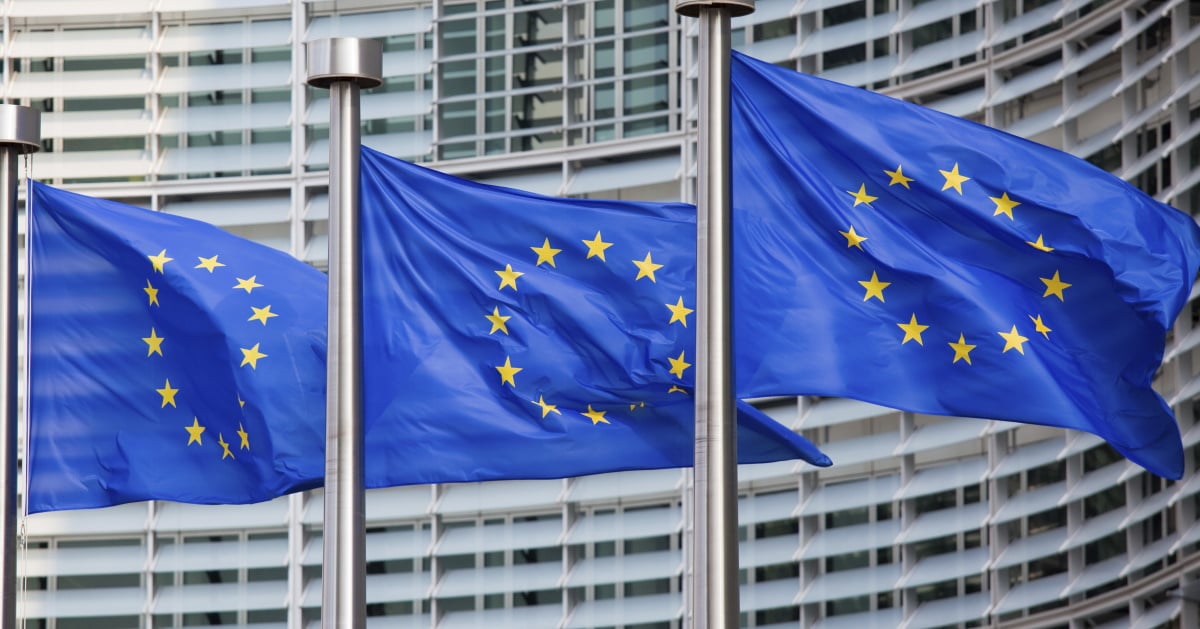 EU legislation considers several principles for minimising the environmental impacts of biogas. The revised Renewable Energy Directive (RED III), expected to come into effect by the end of 2022, forbids the production of biogas crops from primary forests and peatlands. Moreover, it asserts that biomass should avoid harmful effects on markets and biodiversity by using it according to its highest economic value ­­– what the legislation calls ‘the cascading effect.’ Wood-based products, for example, should extend their service life or be re-used or recycled before being converted into bioenergy.

RED II (soon to be RED III) is primarily concerned with establishing the criteria for green gas to be considered renewable. The EU Taxonomy, on the other hand, opens the scope and sets stricter sustainability benchmarks, including areas such as climate mitigation, water, circular economy, pollution prevention, and biodiversity. Therefore, while biogas is still renewable, albeit with certain restrictions, not all of it is considered sustainable.

Compliance with the EU Taxonomy is voluntary. Nonetheless, it enables businesses to invest in green activities and boost their environmental commitments. Further, imminent changes in other sustainability standards could influence how corporates employ biogas certificates for making renewable energy claims.

What to look out for in the coming months

The Greenhouse Gas Protocol (GHG-P), the leading standard for businesses to manage their climate-altering emissions, will publish the first version of a corporate framework for land use accounting in early September.

Also, RED III is expected to come into force at the end of this year, closing loopholes that undermined the EU’s biodiversity strategy. As detailed above, the revised set of rules prohibits using biomass from primary and highly biodiverse forests to produce energy. It also lowers the threshold for applying the criteria to small-scale biomass-based energy plants, adjusting it from 20 MW to 5 MW. The rule includes all existing and new installations.

Finally, proposed changes to the EU Taxonomy have already made waves in the renewables market. Propelled by uncertainty in energy supplies, the European Parliament is set to include nuclear and gas power under the sustainable finance umbrella, albeit with strict considerations.

At ECOHZ, we consistently monitor the shifts in the green gas landscape and the rest of the renewable energy sector. In times of energy transitions and transformations, possessing deep knowledge of the variables will prove crucial.

Are you considering biogas in your environmental strategy? Contact us for customised guidance. 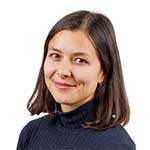