The purpose of the AIB is to develop, use and promote a standardised system for energy certificates in Europe. This system is named the European Energy Certificate System (EECS).In order to further facilitate the international exchange between of energy certificates, the AIB operates an inter-registry telecommunications HUB. The AIB also provides a knowledge centre for energy certificate authorities across Europe, providing and sharing advice and guidance. Members of AIB are drawn from energy certificate system administrators across Europe. All are competent bodies for guarantees of origin or their agents – mostly transmission system operators, electricity regulators and energy market operators.

BEUC acts as the umbrella group in Brussels for its members and our main task is to represent them at European level and defend the interests of all Europe’s consumers. Its members include 41 well respected, independent national consumer organisations from 31 European countries (EU, EEA and applicant countries). BEUC investigates EU decisions and developments likely to affect consumers, with a special focus on five areas identified as priorities by our members: Financial Services, Food, Digital Rights, Consumer Rights & Enforcement and Sustainability.

The Concerted Action on the renewable energy directive is an instrument of the Intelligent Energy Europe (IEE) Programme, which supports the transposition and implementation of the RES Directive. CA-RES II will stimulate participating countries to further harmonize the implementation of Guarantees of Origin and Disclosure. Important topics will be the (ongoing) process of connecting all member states to a harmonized implementation of GOs, facilitating international exchange of information for disclosure purposes and preventing double counting, as well as a need to strengthen the internal market for GOs for the benefit of all stakeholders.

CDP is an independent not-for-profit organisation working to drive greenhouse gas emissions reduction and sustainable water use by business and cities. CDP represents more than 800 institutional investors and nearly 100 purchasing organisations, as well as governmental bodies. The CDP issues an annual questionnaire to thousands of companies worldwide on behalf of the above groups. The survey asks participating companies to provide information on their view of the risks and opportunities presented by climate change, along with Greenhouse Gas emission accounting schemes, strategies for reducing GHG emissions and corporate governance polices relating to climate change

EECS offers a framework for creating and transferring electronic documents (EECS Certificates). For each megawatt-hour of energy, EECS certifies the quality of its source and/or the method of its production. The EECS Rules ensure that EECS energy certificate systems are reliable, secure and inter-operable – these harmonised standards enable the owners of EECS Certificates to transfer them to other domestic and international account holders.

EFET promotes competition, transparency and open access in the European energy sector, and builds trust in power and gas markets across Europe, so that they may underpin a sustainable and secure energy supply and a competitive economy.

The Electricity Markets Directive (2009/72/EC) requires European suppliers of electricity to disclose their fuel with regard to CO2-emissions and radioactive waste. The aim of electricity disclosure is to provide consumers with relevant information about power generation and to allow for informed consumer choice not based on electricity prices alone. Guarantees of Origin comprise a change-enabling instrument complying with consumers’ right to information about purchased products, thus supporting EU’s increased focus on the role of consumers in changing energy behaviour.

Europex is the Association of European Energy Exchanges.

The GHG Protocol is the most widely used international accounting tool for government and business leaders to understand, quantify, and manage greenhouse gas emissions. A decade-long partnership between the World Resources Institute (WRI) and the World Business Council for Sustainable Development (WBCSD), the GHG Protocol is working with businesses, governments, and environmental groups around the world to build a new generation of credible and effective programs for tackling climate change. Among many standards and reports they have issued the GHG Protocol Scope 2 Guidance – especially relevant for reporting and accounting of energy usage.

The International REC Standard (I-REC Standard) is a nonprofit foundation with the goal of empowering electricity purchasers and the ability to make renewable consumption choices in any region of the world – primarily in countries and regions outside Europe and North-America where no national system for tracking and documenting renewable power exist. The I-REC Standard is not a market player and does not get involve in buying and selling of renewable electricity, rather it facilitates this possibility for consumers, traders, brokers, electricity suppliers, electricity generators and national governments.

RE100 is a collaborative, global initiative of influential businesses committed to 100% renewable electricity, working to massively increase demand for – and delivery of – renewable energy. It shares the compelling business case for renewables and showcases business action, while working with others to address barriers and develop transparent reporting mechanisms. RE100 is brought to you by The Climate Group in partnership with CDP, as part of the We Mean Business coalition.

REC is an American market-based instrument that represents the property rights to the environmental, social and other non-power attributes of renewable electricity generation. RECs are issued when one megawatt-hour (MWh) of electricity is generated and delivered to the electricity grid from a renewable energy resource. RECs are tradable and can be purchased together with physical power, or unbundled. REC is the North American counterpart to the European Guarantees of Origin.

RECS International is a non-profit organisation striving for an open pan-European renewable energy market, facilitated by commonly accepted and harmonized tracking systems. RECS International represents the market players, from generators, traders, wholesalers, suppliers and consumers, in a constant dialogue with national legislative bodies and European policy makers to further develop a standardized pan-European electricity tracking system. RECS International has worked since 2001 to improve and simplify the system of tracked electricity, the certificates used in that system and the claims consumers can make after their certificate purchases.

A European project, co-funded by European Union, aimed at improving significantly the reliability and accuracy of the information given to consumers of electricity in Europe regarding the origin of the electricity they are consuming. Such information is given to all consumers through the regime of electricity source disclosure, which is a requirement for all European suppliers of electricity. The project established Best Practice Recommendations and resulted in important improvements in the electricity tracking systems (Guarantees of Origin and Fuel disclosure) in most member states. The project ended in 2015, and transferred the task and responsibility of calculating an annual European Residual Mix to the AIB.

We Mean Business is a coalition of organizations working with thousands of the world’s most influential businesses and investors. These businesses recognize that the transition to a low carbon economy is the only way to secure sustainable economic growth and prosperity for all. To accelerate this transition, it has formed a common platform to amplify the business voice, catalyze bold climate action by all, and promote smart policy frameworks. 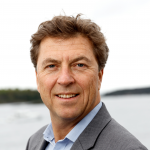